Uncle Sam: The Legend and the Man 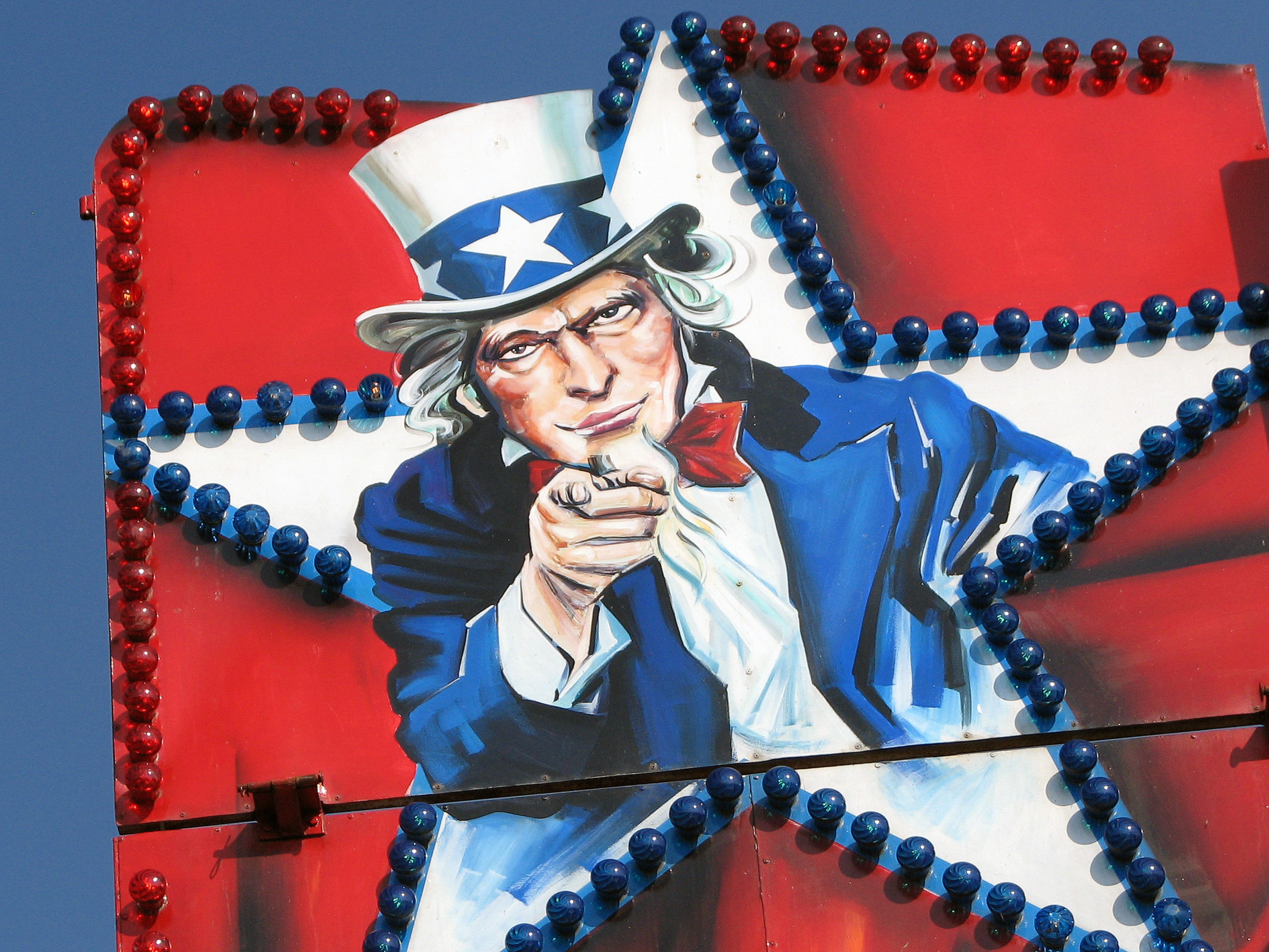 Let’s talk advertising—we are an ad agency after all. And, in honor of our country’s upcoming birthday, let’s give a specific shout out to an advertising icon that’s been around since the early 19th century. Of course, we’re talking about our favorite national relative, Uncle Sam.

You probably already know him as that tall, spindly-legged guy with piercing eyes, bushy white hair and a jaunty goatee. Dressed in a top hat and tails adorned in patriotic stars and stripes, he is the United States personified.

But what you might not know is that dear old Uncle Sam is based upon a real man.

Samuel “Uncle Sam” Wilson was a meat packer in New York who supplied the U.S. Army with barrels of beef during the War of 1812. The “U.S.” stamps that branded each barrel quickly came to represent both the “United States” and “Uncle Sam,” and the nickname stuck. Though there has been some dispute as to the validity of this origin story, the U.S. Congress conferred its seal of approval in 1961 when they recognized Samuel Wilson as the namesake of our national symbol.

Uncle Sam’s distinctive look—top hat, red, white and blue etc.—took a bit longer to evolve. In the early 1830s through 1861, European cartoonists like Sir John Tenniel and John Leech of Punch Magazine portrayed Uncle Sam as a long and lean bewhiskered character in striped pants and top hat. It wasn’t until political cartoonist Thomas Nast lent his pen to the task in the early 1870s that the imagery was solidified: flowing white hair and beard, tall, skinny-legged, clothed in striped pants and top hat.

Then, in the twentieth century, James Montgomery Flagg created the well-known recruiting poster we all remember for World Wars I and II: “I Want You,” says Uncle Sam, with that stern face and famous pointing finger.

As we celebrate yet another Independence Day, WE WANT YOU to enjoy the holiday with friends and family by being safe and mindful of the history we are all helping to create—top hats and funky striped pants optional.

We saved a space for you.